cursor used for the page is by inkposting on neocities!!!

Splatoon is a 3rd person shooter video game franchise created by Hisashi Nogami that is developed and owned by the company Nintendo, the first game being released on the Wii U with the latter sequel and threequel games being released onto the Nintendo switch and Nintendo switch oled. The game takes place in a post apopcalyptic world inhabited by anthro marine life, mostly centered on the evolved cephalopods, Inklings (squids) and Octolings (octopuses), both species can willingly tranform between 'kid' and 'swim' form which are main mechanics in splatoon's gameplay. The game itself is a 4v4 3rd person shooter where inklings and octolings engage in turf war battles with their ink, the main objective to cover as much area as possible.

I got into splatoon quite late back in 2021 when I first got my switch due to the reveal of Splatoon 3, I've never had much nostalgia for the series so far due to not owning a wii u as well so I never got to experience the first splatoon, however I started getting quite curious about the franchise due to the hype around a new game so I looked into a couple of gameplays of the series and finally got splatoon 2 + the octo expansion for myself to play. After playing for quite a few months now I can say splatoon is definitely one of my fave nintendo franchises/games in general, I normally don't play a lot of game especially competitive multiplayer shooters but I had so much fun just playing regular turf war, ranked and story modes and now I really wish I had been able to play the first game and live through innitial splatoon 2 hype/splatfests. My first ever splatfest I have participated in so far was the splatoon 3 demo testfire, rock vs paper vs scissors (I was team scissors).

My personal gear and fave weapons

The Carbon Roller Deco used to be my main weapon when I started playing till I switched to using the Aerospray PG! I mostly stick to shooters or rollers but I also really enjoy the splat dualies. Just anything that covers turf with paint quick.

I go a lot more indepth about my feelings about callie here but what more can I say apart from the fact that I adore Callie. Generally she's just very bubbly and cute and I like her design too, doesn't mean I also don't like Marie, I enjoy them both and I'm so glad they're canonically mending their relationship together post final splatoon 1 splatest and post splatoon 2 storymore, I honestly hated the fact they're so catty and mean to each other in the NOA/english localization of the first game just feels unpleasant to see especially with how it's affected a lot of general splatoon fans views on them.

I also really enjoy the implications around evil/brainwashed Callie through the concept art given of her feeling solidarity with the octorians, Callie while not fully focused on in major story plot/character moments is a very complex and interesting character behind her cheerful attitude especially post final splatoon 1 splatfest.

I love the splatbands from splatoon, I love how every single in game ost has a fictional band/muscian tied to it whether it be the regular turf war/ranked/anarchy battle tunes or storymode specific music. I also love the biodiversity in the splatoon bands and how creative the team behind the character design and art in splatoon can get with all the different sea creatures we get, I honestly wish we can get more npcs/side characters who aren't just inklings/octolings or jelly fishes who aren't shopkeepers like the denizens of the deep. The closest we have now to splatband members actually appearing in game with a model is Paruko/Harmony and I hope we can see that more in the future alongside all the newest splatbands who'll be debuting in splatoon 3.

Fave songs from splatoon would have to be:

The youtuber Rassicas has a pretty good video trilogy going into the lore of the splatbands and anything splatoon related!

Favourite art of the splatbands 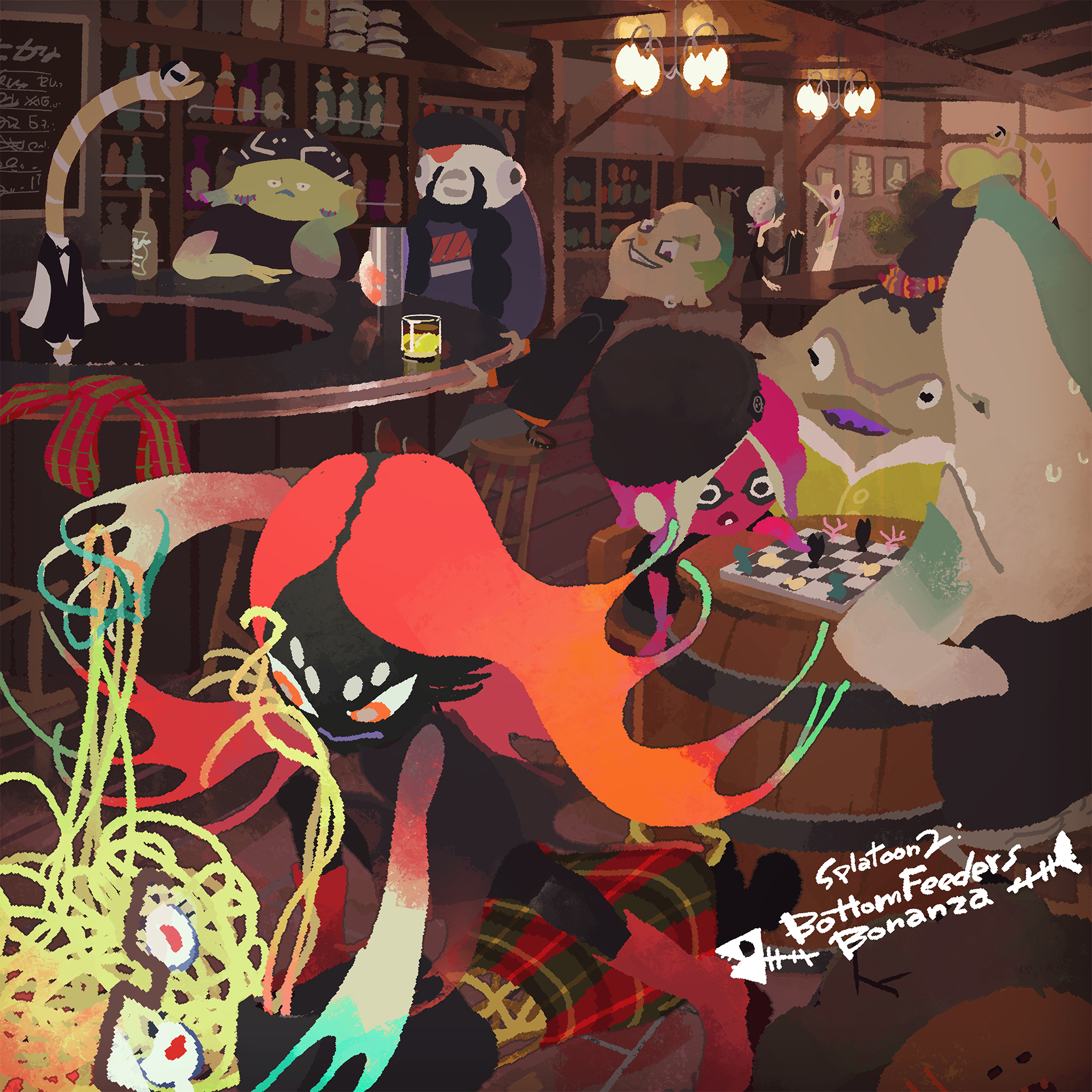 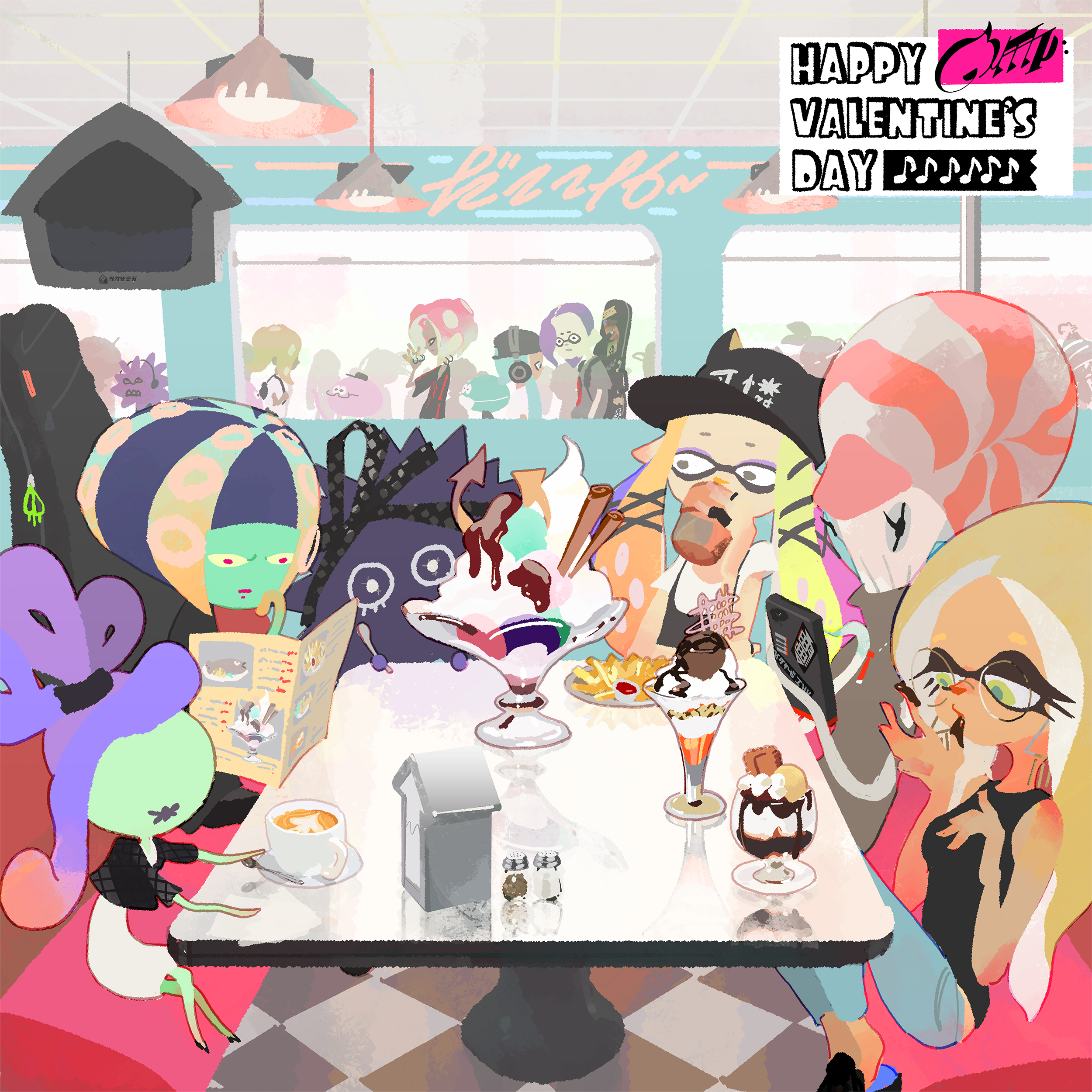 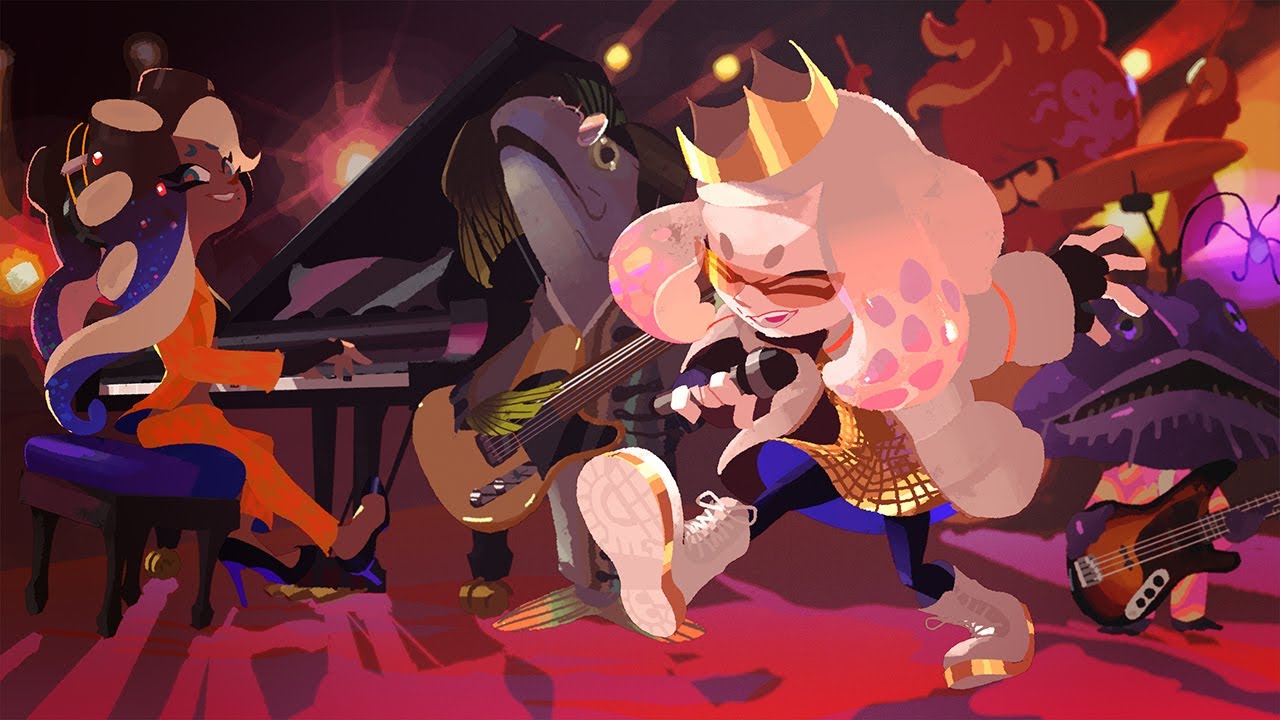 PS if you haven't seen/played through splatoon 3 storymode please do that right now as this section does go into a very late spoilery part of the story. If you don't like negativity/ranting feel free to skim/skip this section sorry for being a hater.

I cannot stand salmonlings/some people's insisting salmonlings deserve to be a real thing, not only would the existence of salmonlings directly go against all that is currently established of splatoon lore for the salmonoids, they're generic in design/personality and are just plain boring and lamesauce. I seriously don't know how people genuinly think it'd be a good idea to bring salmonlings in the game or claiming any non conventional inkling/octoling design or sea animal npc/character to be salmonlings soley cause they share similar traits, I'm just soley convinced people just really want a third race war equivilant like the inkling vs octolings subplot from previous titles or god forbid making them soley to be sexual with them (we had enough from splatoon 2 octoling girl lose animations please no more). This also applies to people trying to make any other type of 'sea creature'-lings. The world of splatoon and it's world building is vastly diverse and interesting to see how many design possibilities you can come up with even with regular inklings and octolings so why limit yourself to soley making every character so humanoid, I also just really want to see more not inking or octoling splatoon ocs or regular salmonoid ocs.

Unto Mr Grizz... if you need a quick refresher, Mr grizz is the ceo of grizz co industries which is in charge of Salmon run in which you harvest and hunt down golden eggs for Mr Grizz for rewards. It was introduced in splatoon 2 as a new mode and returns back in splatoon 3 with a lot of speculation about salmon runs ties with the story with the release of the 2020s new years salmonoid official art with a cryptic message to the whole theming of splatoon 3 story mode return of the mammalians, which brings us to a popular theory/prediction that not only will Mr Grizz be a major/antagonistic role in the story, Mr Grizz would also be a bear. I innitially didn't want that to be true as not only would it feel just out right predictable but the way they exacuted it in the story near the end really just blew it in. Not only is it once again way too predictable (like oh gee wiz the guy named Mr Grizz who's represented with a bear statue in a game called "SALMON RUN" is a mammalian bear who knew) but it also opened a whole lot off plot holes that weren't really explained along side just also not providing any new information to the salmonoids/little buddy beyond that one sunken scroll that explains why little buddy is with the new agent 3. Like why did he have to kidnap and just no scope Captain cuttlefish if he wanted this to be a secret, how did he manage to start his own literal megacooperation with multiple workers, some even being adult inklings, all by himself with no one once questioning his identity or how he was getting all these rewards and money nonetheless all the way in Alterna which was pretty much barricaded to most people or how he managed to survive past crashing back onto earth. It's literally so dumb, it's sad cause I liked a lot of the lore they gave us in splatoon 3 from both the sunken scrolls and the alterna logs, I just think the whole Mr Grizz bear thing and such soured the rest of the storymode for me. Until we get that mentioned off the hook DLC or more dev interviews or trvia about Mr Grizz and the salmonoids this is just literally commander Tartar's motive but mid, I atleast liked the creepyness factor with the bad ending in the story mode during the last phrase of Mr Grizz's boss fight and his design is fucking stupid + ratio + you fell off. 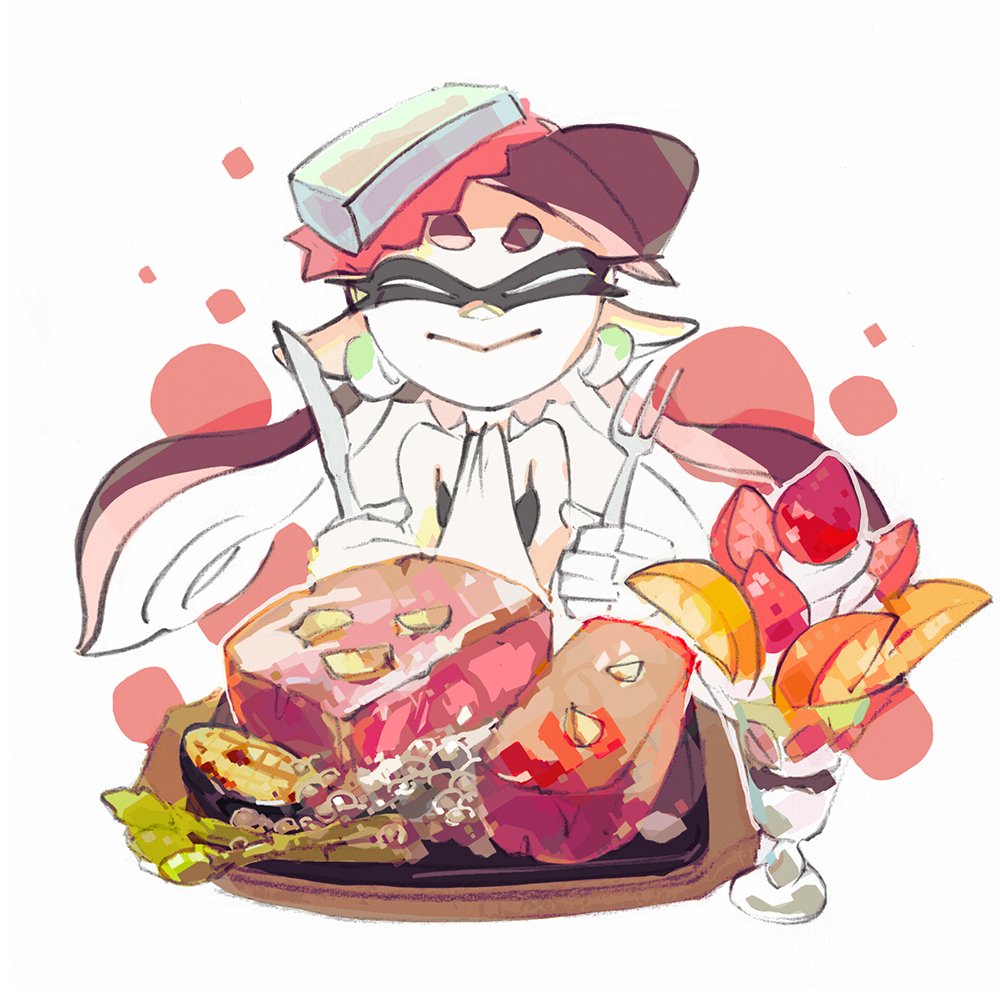 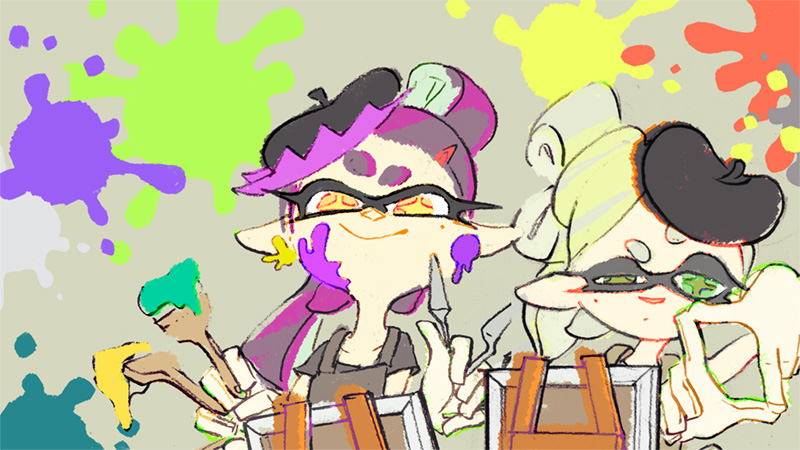 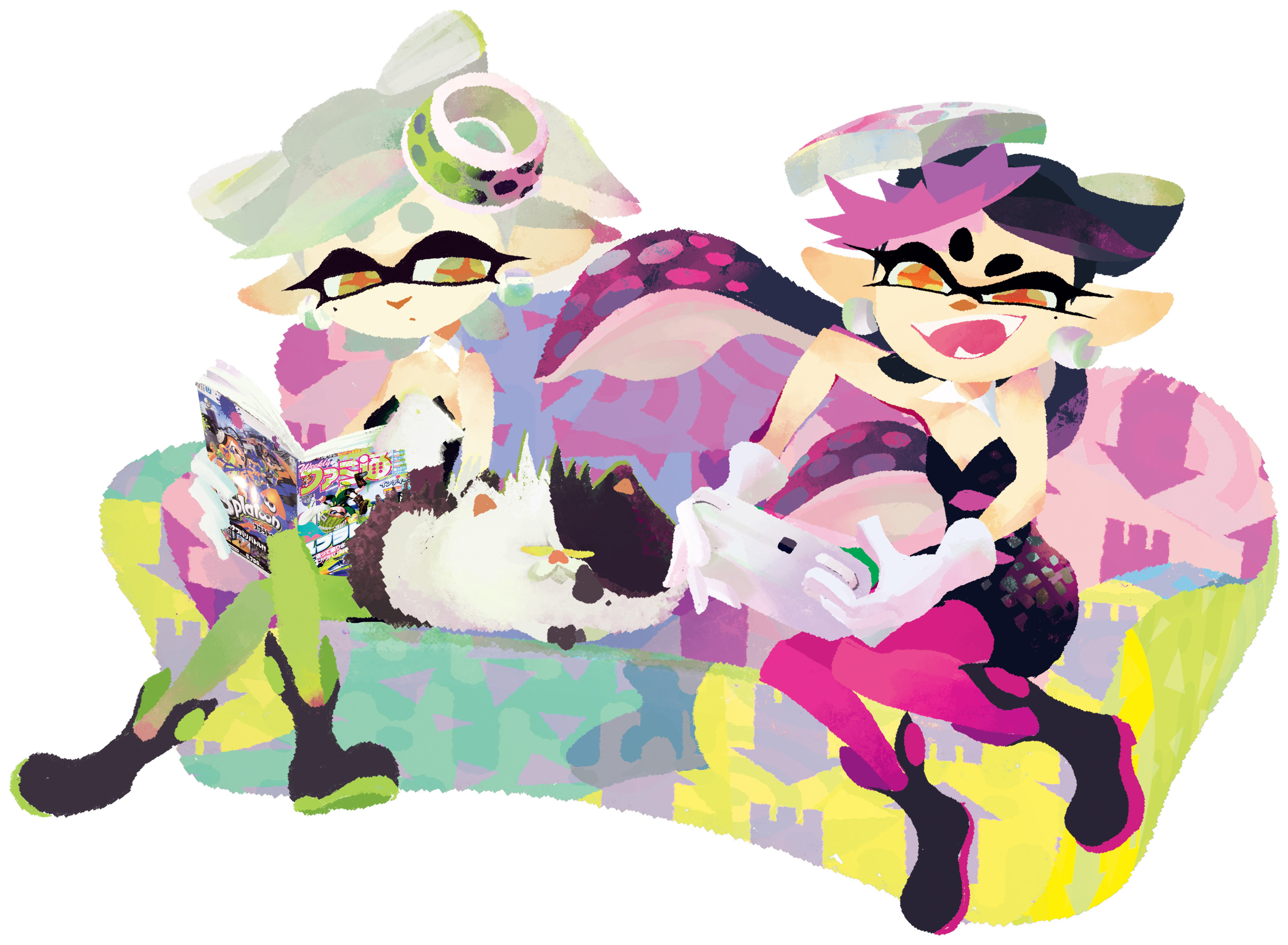 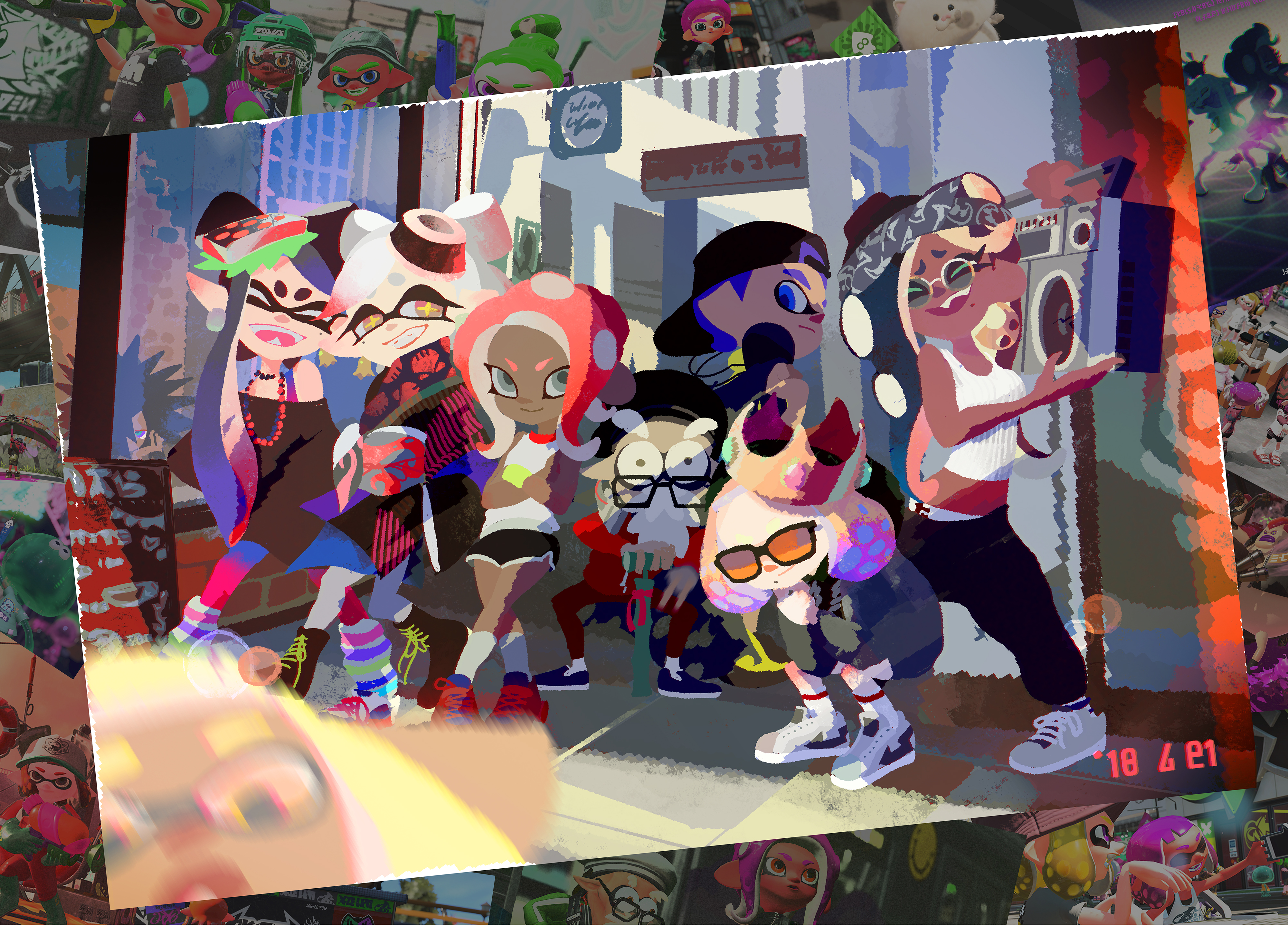 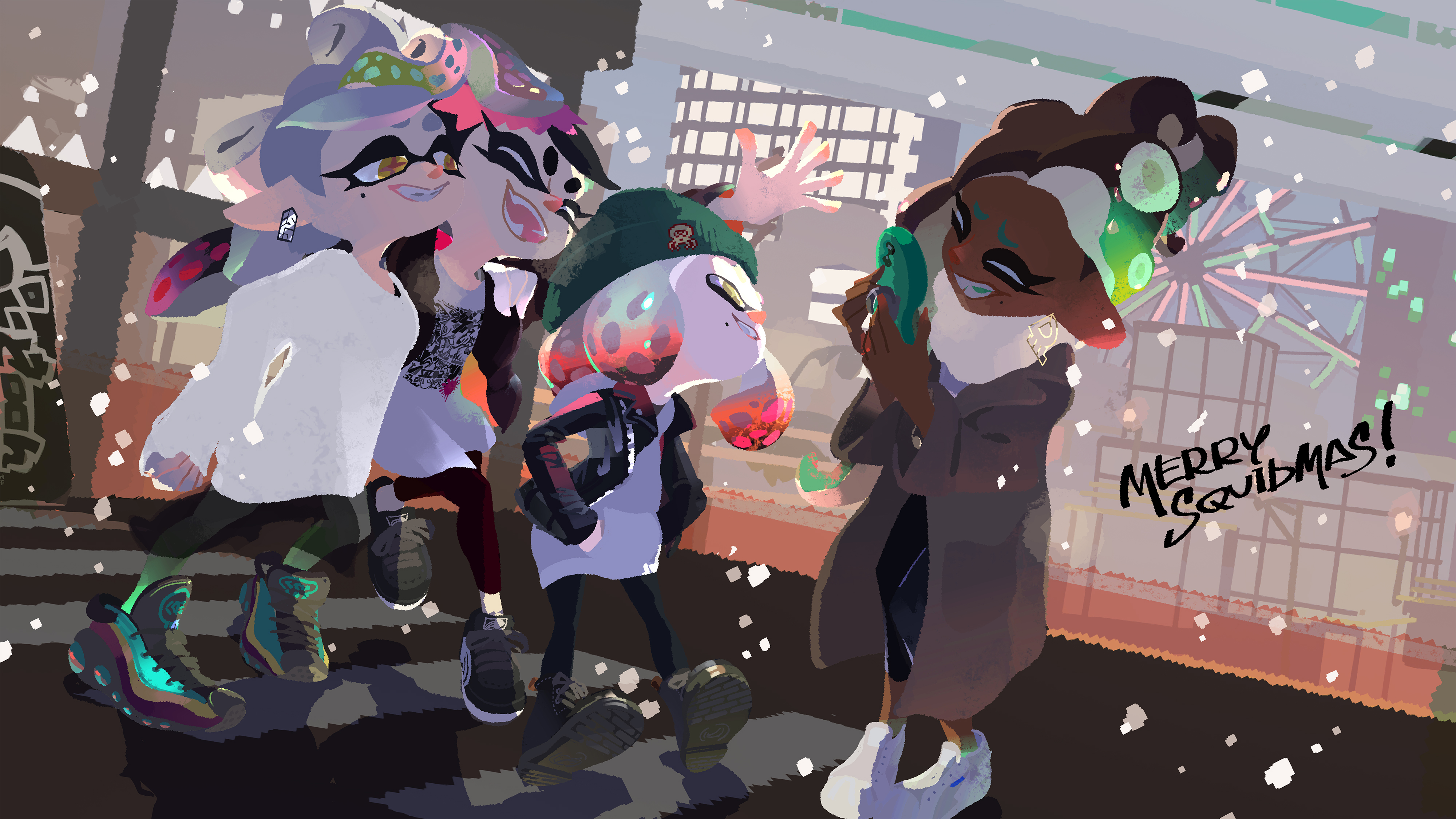 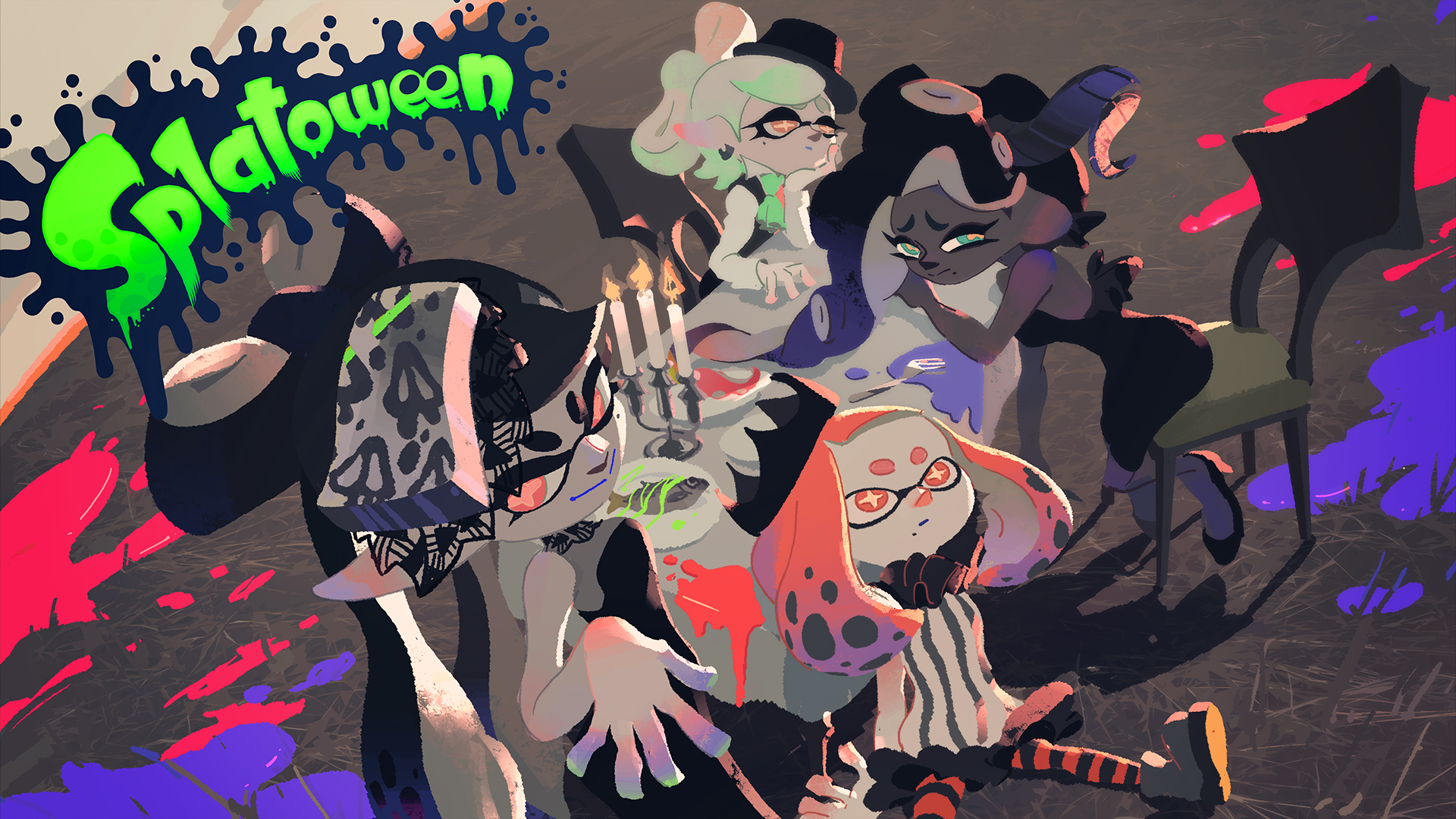 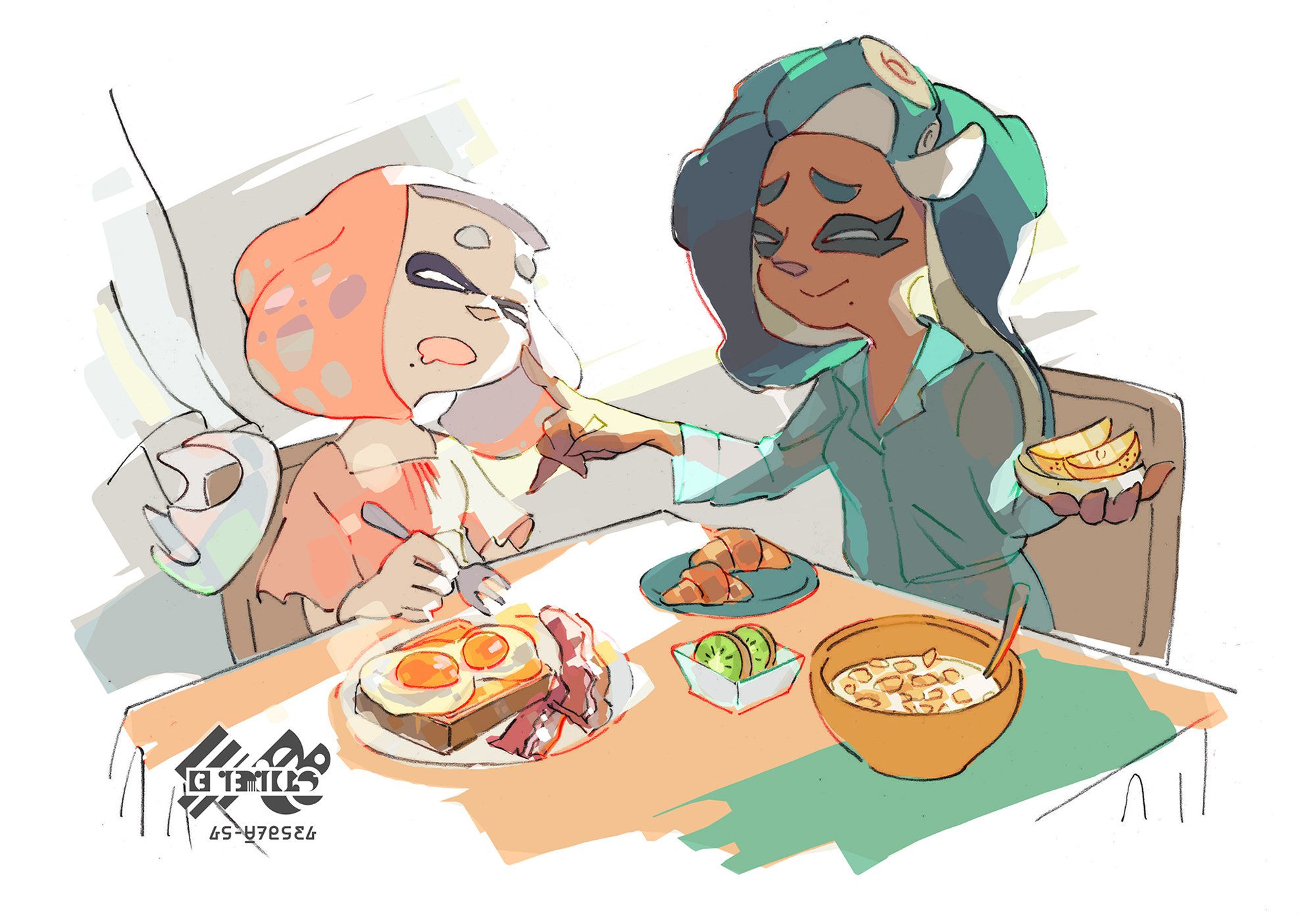 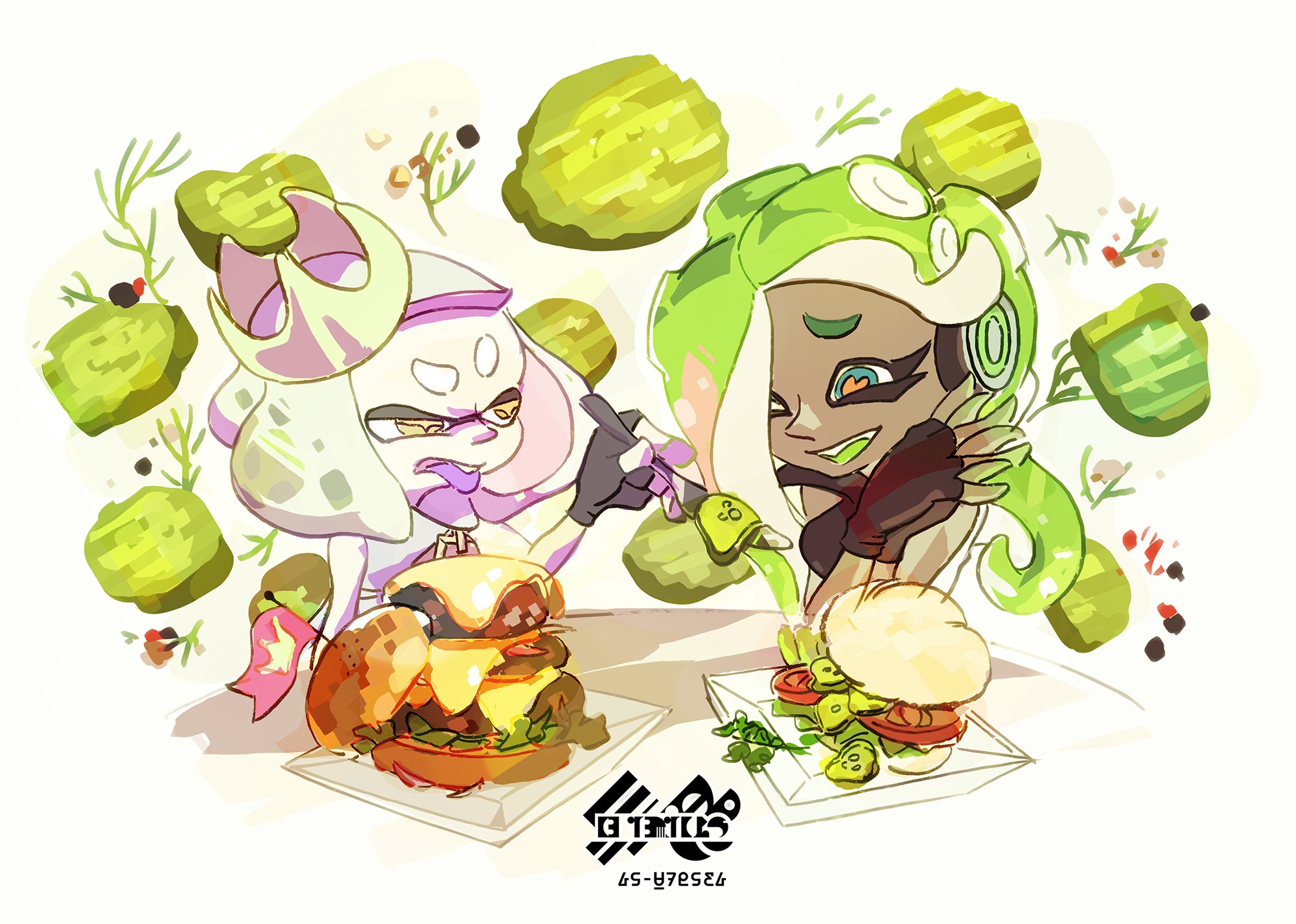 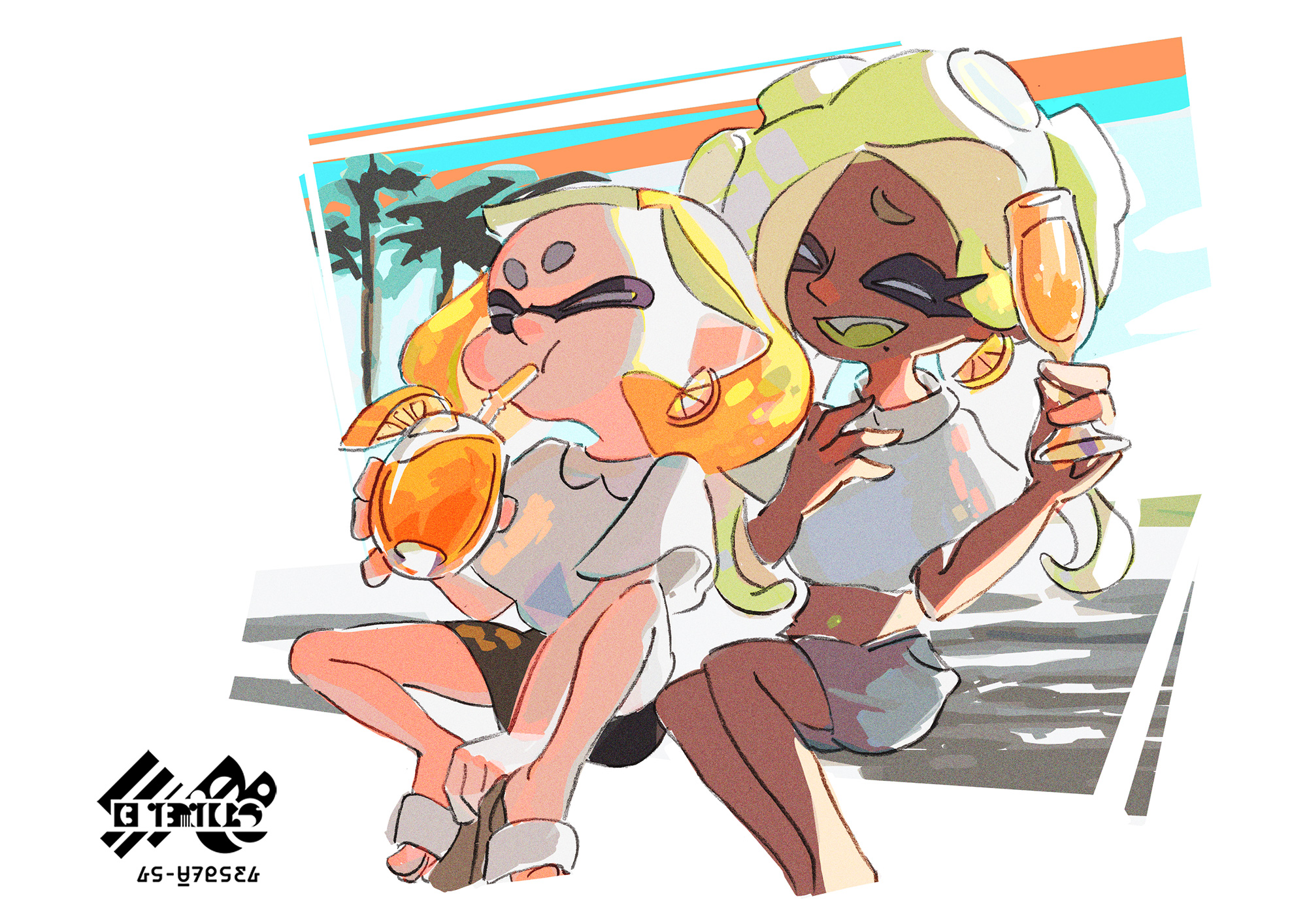 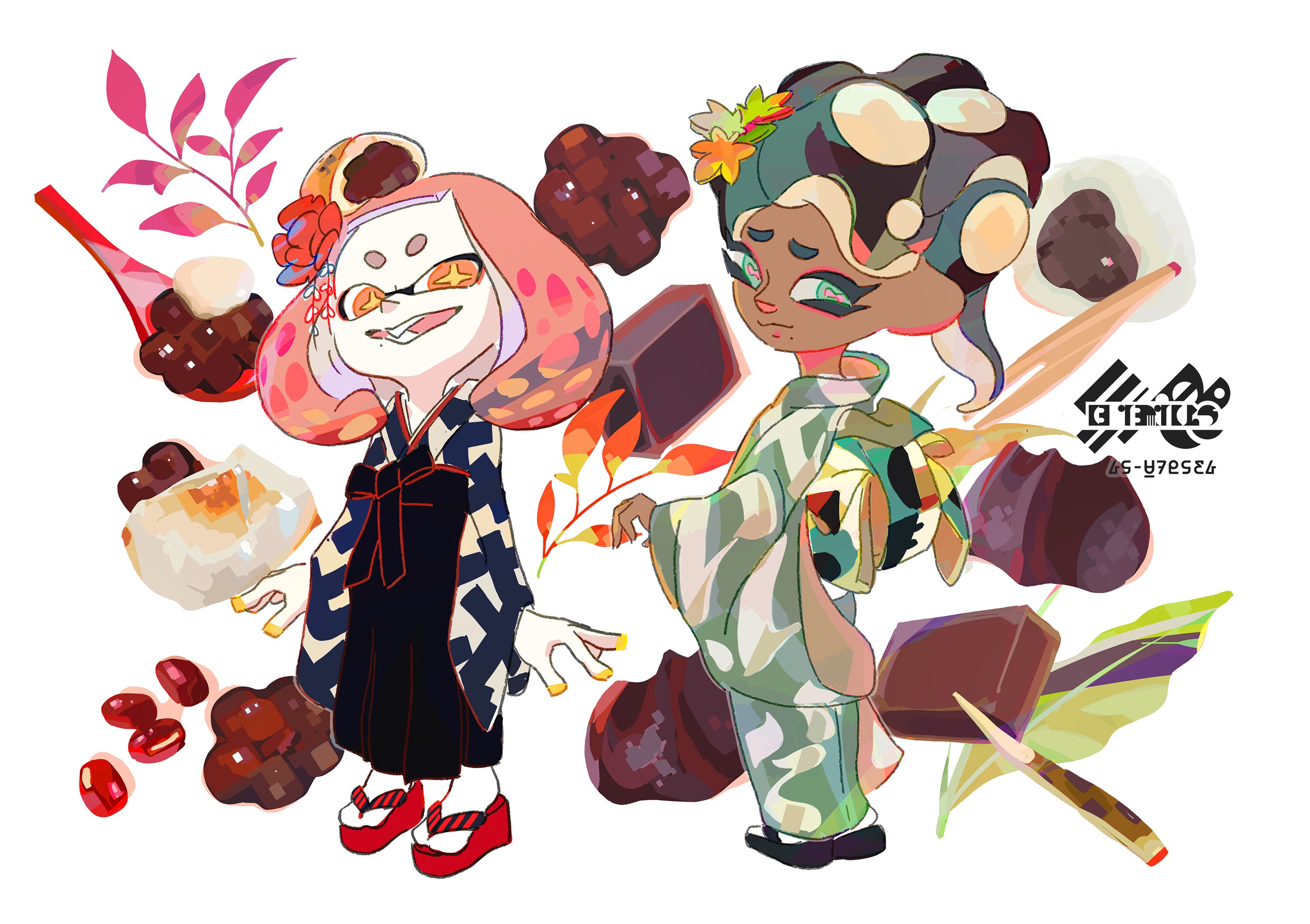